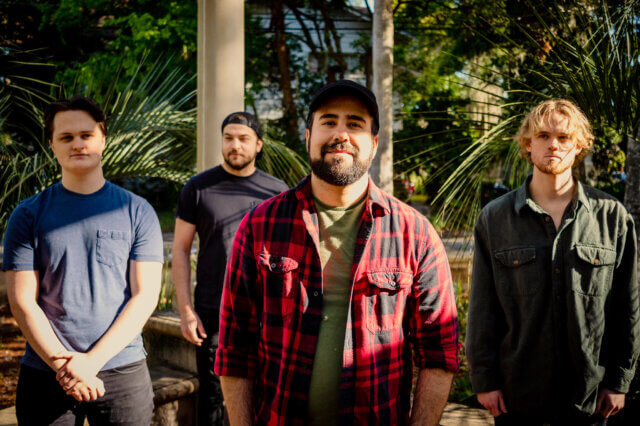 Formed in 2017, Mike & The Nerve are a Gainesville-based punk/folk rock band excited to be playing their second Fest.

Drawing influence from Gainesville luminaries Against Me! and Hot Water Music, along with acts like The Menzingers and Frank Turner, the band play an infectious brand of heartland punk comprised of sing-along choruses, introspective lyrics and driving rhythms.

Llerena explains “The name ‘The Nerve’ refers to both the idea of nervous energy and having ‘the nerve’ to go and do things that seem personally insurmountable, both of which are topics referenced in a lot of the band’s lyrics.”

The band released their sophomore album “Watershed Drive” in September 2021, and have more new music (and touring) planned for 2022.

Mike & The Nerve have played alongside national touring acts such as Swingin’ Utters, Chuck Ragan and the Camaraderie, War on Women, Anthony Raneri of Bayside, Hannah Wicklund, AJJ, Laura Stevenson and Ted Leo.

The band’s music has been featured in New Noise, Punknews, Dying Scene, The Bad Copy and Mind Equals Blown, as well as on radio stations throughout the US, UK and New Zealand.