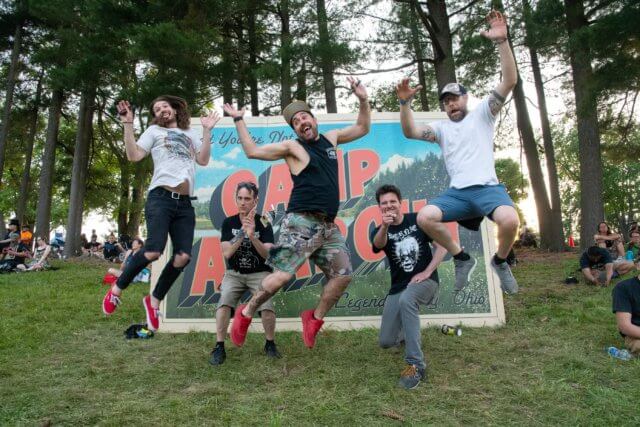 A WILHELM SCREAM:
The most exhilarating punk rock is meant to be played at the outer limits of what is technically possible, right? It is according to A Wilhelm Scream.

The far from cliche Quintet, outta New Bedford, Massachusetts, not only front the wave of melodic/hardcore, but also bring the pace, the party, the riffs and the harmonies to continually change the face and revitalize a genre desperately requiring an engaging and powerful performance.

If what you’re looking for is music from an honest place, then you’ve found it in A Wilhelm Scream.  Avoiding bandwagons and bucking trends for nearly two decades, with several releases on Nitro Records, Paper + Plastick and No Idea, they have been nothing, if not prolific. Despite operating just below the radar, A Wilhelm Scream have carved out a reputation as one of the best live bands around, bolstered by their staggeringly rich albums of ultra-technical melodic punk rock firestorms.